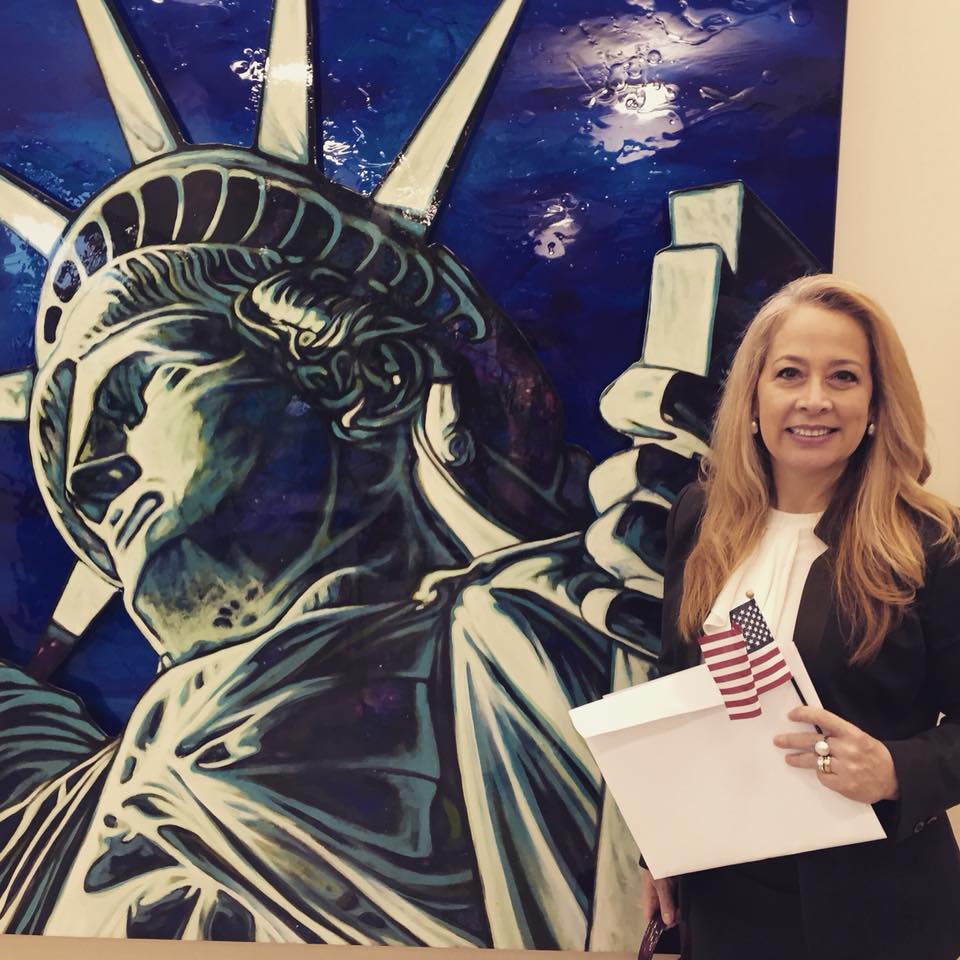 Since 2002, Dr. DePaoli has been teaching a variety of Spanish classes, including intermediate and advanced courses in Spanish language, Spanish American literature and culture, and Latin American Cinema Studies. Every semester, she teaches Latinx Literature and Culture (Span 560), and Professional Spanish: Health and Human Services (Span 531), a unique course that she developed at K-State that affords students a high-degree of active involvement in both the course and community through engagement in a service-learning project. Both Span 560 and Span 531 focus on Hispanic, Spanish-speaking people in the United States, thus they comply with U.S. multicultural overlay requirement for K-State students. Dr. DePaoli advises undergraduate and graduate students. She has served in several M.A. committees, and she enjoys mentoring students who like to engage in research projects, such as Initials — the Department of Modern Languages’ student research forum, where her student, Angélica Castro, presented her project, “Neither Here nor There: The Search for Identity in Undocumented Immigrants Brought to the U.S. As Children.”

At the university-level Dr. DePaoli participates in programs such as Developing Scholars, where another one of her Spanish students, Kathy Barrón, shared her research poster on “Showgirls & Cabareteras: A Comparative Analysis Between Rita Hayworth and Ninón Sevilla.” By student nomination, Professor DePaoli was named housing and dining services’ Faculty Member of the Year in 2018 (photo 2 below).

Dr. DePaoli’s research is interdisciplinary, focusing 20th-century and contemporary Latin American & Latinx Literature and Culture, with a specific interest in Mexican cinema and screenwriting studies. She enjoys incorporating her research interests in her courses, in which her students learn about diversity and inclusion by becoming aware of the fascinating aspects of the Latin American people through their aesthetic production. Dr. DePaoli has published various articles and book chapters in peer reviewed journals and edited collections. Her most recent published article, “Can the Undocumented Immigrant Speak? Exploring Decolonial Thinking in Mexican and Latinx Literature and Film”, was published in 2018 in the online journal Représentations dans le monde anglophone, la revue électronique du CEMRA (vol. 1, pp. 180–194). It focuses on  D.A.C.A. —the Deferred Action of Childhood Arrivals — students and the urgent need for immigration reform. In the Journal of Dracula Studies, she has a fun article forthcoming in the fall of 2020: “A Monstrous Outbreak: Epidemics and Biology in the Creative Process of Guillermo del Toro’s Symbolic Vampires.” In this article, Dr. DePaoli explores  notions of intersectionality and otherness through the analysis of Del Toro’s creative process. 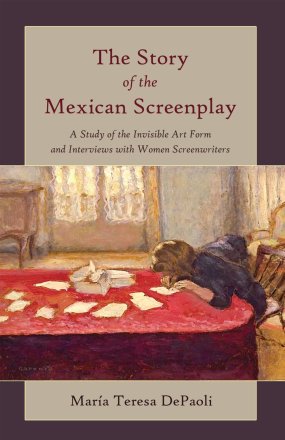 BOOKS (cinema studies): Dr. DePaoli books include a co-edited bilingual anthology of  screenplays by Mexican Women Screenwriters published for the first time, Las guionistas: A Bilingual Anthology of Mexican Women Screenwriters (co-editor with our own Dr. Laura Kanost–translator, Arizona State University Bilingual Press, 2017) (above, right). This book is a companion text for her monograph The Story of the Mexican Screenplay: A Study of the Invisible Art Form and Interviews with Women Screenwriters (2014) (above, left). In this book, she analyses some of the screenplays featured in Las guionistas. Focusing on the history of the Mexican film industry, and discussing the connection between filmmaking and research, Dr. DePaoli points out that women screenwriters have faced a double marginalization for their gender and for dedicating themselves to screenwriting. Her interviews with screenwriters shed light on how women have effectively shaped Mexican cinema. She has also co-edited (with Floyd Merrell), the 2nd-edition of textbook, Las culturas y civilizaciones latinoamericanas, University Press of America, 2017 (below) .

Dr. DePaoli was born in Mexico City, but she grew up in the colonial city of Puebla, where she graduated with a Doctor of Veterinary Medicine (DVM) degree in 1990. She moved to the United States in 1991, and began her graduate-student life at Purdue University in 1992. She graduated from Purdue with a Ph.D in Spanish languages and cultures in 2001. She became a U.S. citizen in 2018.

In her free time, she enjoys cooking, gardening, yoga, and running and hiking with her dog, Pascual. She also loves traveling with her husband, Michael. Through the years, she has had the opportunity to visit many countries, though her favorite is still Mexico because of its enormous regional diversity and contrasting landscape. She is convinced that traveling is the best way to experience and learn about different languages and cultures, therefore she always encourages her students to have at least one study abroad experience. Her favorite book is Pedro Páramo by the Mexican writer Juan Rulfo, and one of her favorite movies is The Shape of Water, directed by Guillermo del Toro (2017).

If you’re interested in taking courses or working on a research project with Dr. DePaoli, send her an email [mmtzotz] at ksu [dot] edu, or stop by her office at the end of the second-floor hallway in Eisenhower Hall (EH 229). She’d be more than happy to chat with you about a Spanish major, study abroad, or how fun studying Spanish literature and traveling can be!