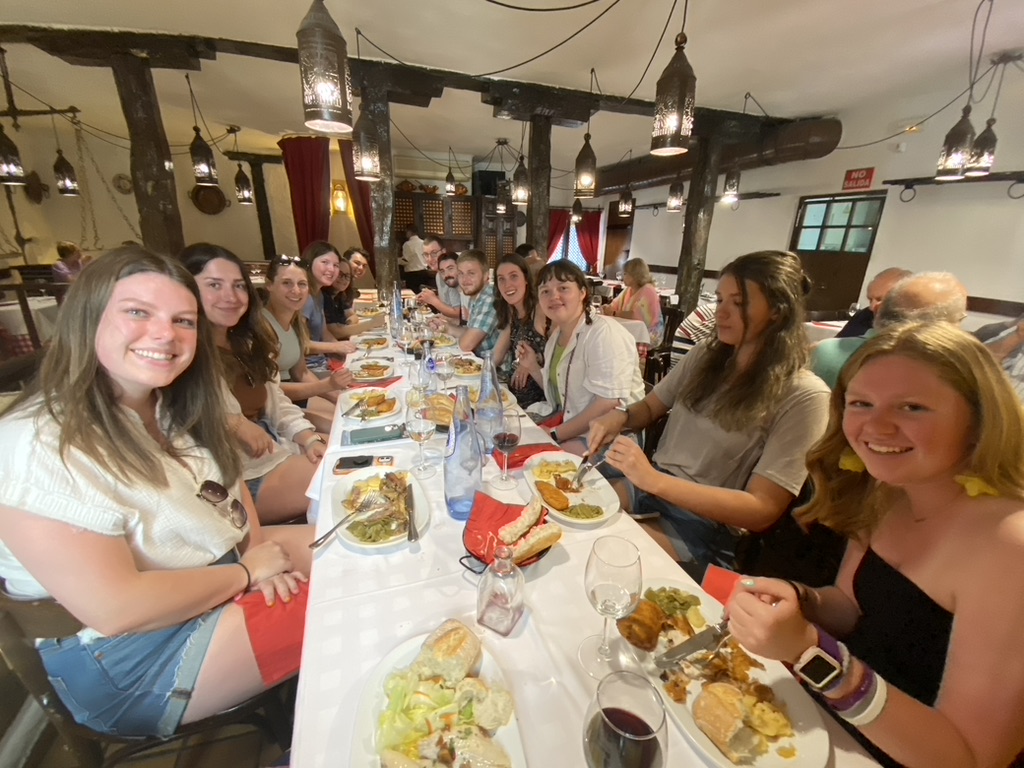 This is part of a series of student-written blog posts about study abroad. Students who participated in our faculty-led summer study abroad program in Spain with Dr. Bender – Spain Today: Madrid, Pamplona y el Norte – wrote a blog post as part of their essay assignments for Spanish 565: Cultures of Spain. We’ll be sharing them here every Wednesday morning, so stay tuned to see the variety of topics they chose to write about. And if you’re interested in earning 6 Spanish credits for your major or minor by studying in Spain this summer, check out the information here or contact Dr. Bender with questions.

My name is Cassidy Heidrick and I am beginning my senior year at K-State, majoring in Elementary Education and minoring in Spanish. Last semester I completed my minor in Spanish and decided to study abroad in Spain as a way to practice what I had been learning about in the classroom. While in Europe, I chose to research the differences between meals in Spain and in the U.S., specifically lunch. It was interesting to see how the culture differs between the 2 countries.

A typical lunch in Spain versus in the U.S. is very different in many ways. For example, the time that it is eaten, the duration of the meal, and the amount / type of food are all quite different. Before leaving for Europe, for example, I had lunch at one of my favorite restaurants in Olathe, KS, Joe ‘s Kansas City BBQ. I ate at 12:00pm and, after about 30 minutes, I had finished eating a Z-Man sandwich, a side of french fries and a large Big Red soda.

Once I got to Spain, I experienced a menú del día in at lunchtime in Madrid, then in a few other places before a group outing to Burgos towards the end of the trip. For that meal in Burgos, we ate at 2:30 in the afternoon and had a 3 course meal that lasted almost 2 hours for our “lunch”. The first plate was a salad, the second was a baked chicken leg with potatoes. The tables were set with bread baskets and full bottles of wine – the menu of the day generally comes with about half a bottle of wine per person. The meal was followed by an ice cream cone. I don’t think I will ever get used to the way they eat in Spain!